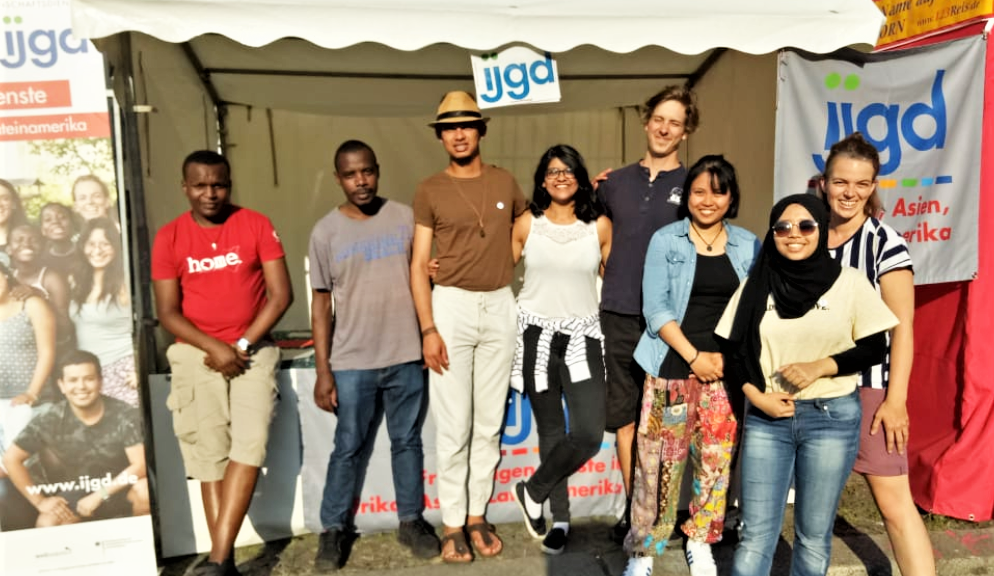 Somehow, time has flown past me and it is exactly 10 months to the date since I first set foot on German ground. I still remember that moment, stepping out into the bright September sunshine at Berlin’s Tegel airport, heaving a sigh of relief on seeing somebody right outside holding a sheet of paper with our names (and a friendly little flower) on it, and wondering if the rest of my year in Europe was going to be just as simple and straightforward. Well naturally, no; my time in Europe has been an absolute rollercoaster of emotions and experiences, and I wouldn’t have it any different.

Whether it was all the time I spent working with kids in Berlin, or the time I spent travelling across as much of Europe as I could afford, almost every day I have experienced something worth experiencing. From being terrified of children when I first got here, to gradually learning to tolerate them, to reaching a point where I find myself occasionally missing them on the weekends when I’m not working, I have seen myself adapt and mould to the environment around me and turn it into something enjoyable.

But apart from my work in Berlin itself, one of the most important aspects of my life over the past ten months has been travelling. I touched snow in the summer in Finse in Norway, watched as one among thousands as a piece of history went up in flames and smoke as the Notre Dame Cathedral burned before my eyes in Paris, and lost myself in the echoes of my dreams and the simple magic of clear blue skies in the valleys of Lauterbrunnen in Switzerland.

For the most part, I did these things alone, or with people I’d met just the previous day. In Vienna, I cried twice in one day on the side of the road; once after being forced to pay a hefty, absolutely unaffordable fine for buying the wrong ticket for a train and then again, in the evening, after being harassed by a strange man under a bridge. A month later, I witnessed the incredible kindness that human beings are capable of, when a couch surfing host (and now friend) that I’d never met or spoken to before, drove 45 minutes at 3 am to pick me up from the bus station in Bern.

I can’t emphasise enough the effect that solo traveling has had on me. Being out on your own in a strange land, where the local language invariably sounds phonetically impossible to you, brings with it a whole horde of new experiences. It teaches you for one, that strangers don’t receive enough credit. While it is true that one must be extremely careful while travelling alone, it is also true that for some reason, there are a lot of great people out there that are more than willing to help out a newcomer to their country, simply because they want to.

And at the same time, travelling alone also teaches you to act quickly and fend for yourself when help is inaccessible at that moment. Above and beyond all else, travelling for me is a celebration of my independence and the fact that if I pack my bags and get on a plane or a train, nothing or nobody can stop me from seeing and learning something new.

Perhaps the most obvious aspect of travelling is the richness of cultural exposure that comes with it. The more places you go to, the more questions you begin to ask. Why are shops open until 9 pm on a Sunday in some countries, while others believe that consumerism as a whole should take a break on both days of the weekend? What values are important to people of different communities, and how are these values reflected in the things they do, the way they interact with others and the way their society functions?

Gradually, as you begin seeking answers to these questions, you talk to people, witness their actions and start forming newer, more tolerant perspectives for yourself, until the picture of the world that you have in your mind itself takes on brand new hues.

I can’t actually measure how much I’ve changed or grown as a person through my volunteer work and all my travelling this last year. Sometimes, I feel no different. Maybe that is because the essence of the person that I am is still holding good. But other times, I catch myself thinking or doing something, and it strikes me as very different from anything that I would have thought or done a year ago.

It is in these moments that I realise that several consecutive forks in the road have led me to a new place and a new personality that I have unknowingly turned into my home. Either way, it’s been an absolutely amazing year, and I can’t wait to see what more life has in store for me, and how I can use the knowledge and skills I have acquired during my volunteer service in future endeavours. Thank you, FSL-India for giving me this wonderful opportunity.

27 thoughts on “Travelling as a volunteer – Nirupama Rajan, Outbound Participant”